BMW’s Motorsport division, characterized by the single letter M, carries a lot of weight in enthusiast circles. Throughout its history, the M division has produced cars that appear normal to the untrained eye, but are in fact, blisteringly fast. And while being blisteringly fast, they lack none of the luxury or comfort that one would expect from a contemporary BMW. The BMW M Series represents the very highest echelon of BMW performance road cars, putting supercar performance in coupes, sedans, and more that all know are special, but not all truly understand just how special. These are the machines of M.

Somewhat paradoxically, the least expensive M car is also seen as one of the best. The M2 takes a standard, orthodox formula and turns it up to 11 to create one of the most engaging driving experiences ever put on pavement for any price. That formula is a simple one: a front-engine rear-wheel-drive layout, standard manual gearbox, and potent turbocharged engine. These facets are no longer present in almost any other vehicle on the market, but when combined with modern technology, they create an experience unlike any other. The M2 is often considered the best driver’s car of the M Series, despite being the slowest and least expensive.   The M2 is the lightest member of the M range, and more than any other is made to make the driver smile in day-to-day life. All M cars are fast on the track, but the M2 takes special care to be entertaining even when going to the grocery store and back. This isn’t achieved through power or technology, per se, though those attributes certainly help. Instead, the M2’s traditional layout, combined with the theatricality only possible with a turbocharger, makes the driving experience pop. Sometimes literally, when the exhaust is in a playful setting. These traditional elements, all built into a stable and capable chassis, allow the driver of an M2 to enjoy all the fun that classic racing machines impart, but with orders of magnitude more comfort. All cars in the M range are powerful, but the M2 has a lightness and nimbleness all its own. 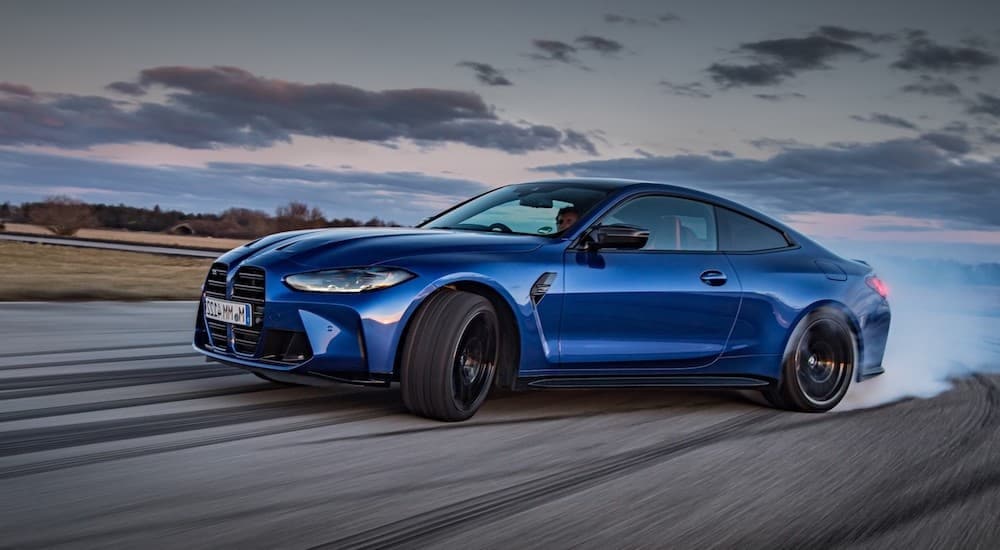 Larger and more powerful than the M2, the M4 coupe takes the Motorsport Division’s performance ethos and infuses it into a giant killer. The latest M4 produces up to 503 horsepower and does so while providing a veritable mountain of torque to catapult the medium-sized coupe far into the distance. The engine in question is the already very well-regarded S58, a straight-six displacing three liters that makes enormous amounts of power quite effortlessly. The S58 is a thoroughly modern powerplant featuring a pair of mono-scroll turbochargers that use indirect charge air cooling.   This intercooling allows for greater reliability, efficiency, and power by allowing the turbos to operate more efficiently. A further dramatic efficiency gain is produced by the use of extremely high-performance direct fuel injectors. These injectors operate at aerospace-like pressures. Standard operating pressure is well above four times even the pressure-cooker-like environment at the surface of the planet Venus. This extreme pressure perfectly atomizes the fuel mixture as it enters the combustion chamber, drawing out virtually every molecule of fuel and combusting it.    Not only does this produce extremely efficient combustion, but also much cleaner combustion, restricting emissions while producing more power. In addition to all that, the S58 features fully variable valve and cam timing, allowing BMW to tune the engine extremely finely. The M4 combines state-of-the-art engineering technology with high levels of comfort to produce one of the best grand touring cars on the market today.

M5 has long stood for extreme performance in sedan form. Throughout the generations, the M5 was always a car that offered supercar performance in a package that could take the kids to school the morning after a trackday. The current M5 does all of that, but with more versatility than ever, not to mention being the most powerful M car to ever arrive at serial production.    The main difference between M cars of the past and this newly minted beast is that it features all-wheel drive. This change is necessary simply to put all 617 horsepower to use without undue danger, but it also makes the car easier to drive in almost all situations. Inclement weather is no longer a large hindrance, and at the same time, the all-wheel drive system is driver-selectable so that it can be switched off at the touch of a button. When switched off, the M5 becomes its classic rear-wheel drive self, capable of putting a smile on even a rock’s face.    Naturally, the M5 offers more than just technology and performance. It is a large sedan with huge amounts of luxurious and comfortable interior space, which remains uncommon for a vehicle with such incredible all-around performance. Amenities abound inside, from large infotainment screens to a dramatically capable sound system and sumptuous seating. And all of that is in a vehicle that accelerates at nearly the same rate as a weight dropped off a building. Rain or shine, the M5 is the perfect vehicle for those who want speed and luxury for not just themselves but for their passengers as well. 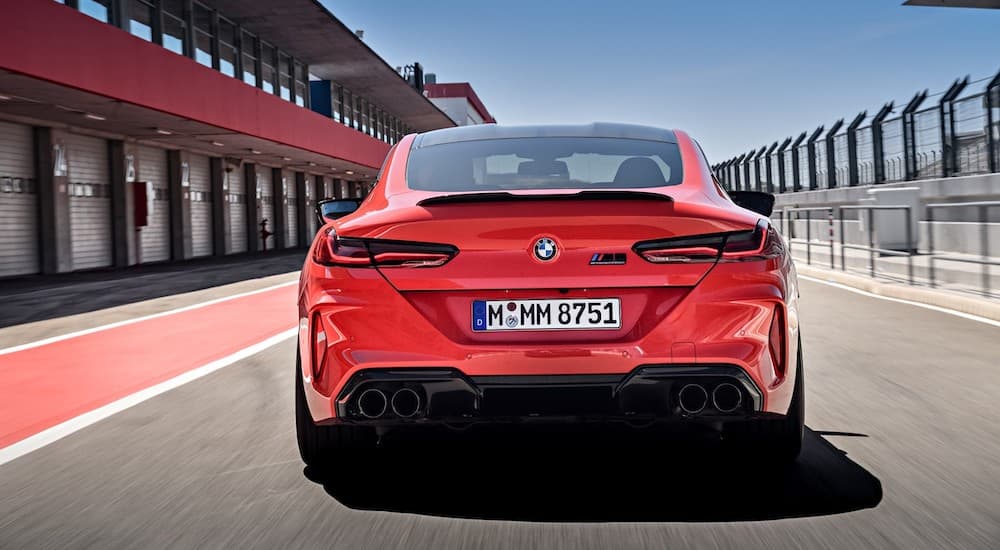 The recently introduced BMW M8 is not just one of the most beautiful cars the brand has released in some time, but it is also one of the most powerful and highest performance. Similar to the M5, the M8 also features the ability to change from all-wheel drive to rear-wheel drive and back again at the driver’s discretion, providing the exact driving experience desired at any given time. The M8 also features adaptive damper technology that constantly adjusts to provide optimal grip and comfort at all times. Versatility is the M8’s strong suit, as it is available in both two and four-door versions. Both provide ample amounts of practicality and sportiness, but BMW has options available for buyers who have diverse priorities.    The M8’s versatility extends into the variety of driver aids and advanced algorithms that keep the 600-plus horsepower beast firmly in control. Advanced stability control and anti-lock braking systems go far beyond the normal limits of such devices, using their capabilities to seamlessly enhance cornering performance and acceleration, rather than only being used for safety.   Speed is the name of the game with the M8; with huge amounts of horsepower available and a sleek and highly aerodynamic body shape, the vehicle blazes down roads with a poise rarely seen. Not only that, but because of an interior as pleasant to ride in as it is to look at, the M8’s driver will arrive at the destination feeling refreshed rather than tired.

The Mystique of M

There is an M car for almost every purpose. The M2 is one of the best sports cars on the market and is capable of providing more smiles just tooling around town than some supercars produce on the racetrack. The M4 is a solid grand tourer that is deceptively fast, while the M5 remains the ultimate high-speed sedan. The M8 is highly adaptable while being at the very top of the BMW grand tourer line. No matter which one a buyer selects, they will be purchasing something not just comfortable and high tech, but something developed with the mystique of M.