Cincinnati BMW Fans Meet the Models that Stole the Show

BMW knows how to steal the spotlight. As most of the automotive world set their sights on Detroit for the 2016 North American International Auto Show, BMW decided it was the perfect time to roll out its new toys. Our Cincinnati BMW dealer is happy to announce that the luxury leader BMW gave everyone their first look at their M2 performance coupe and the X4 M40i SUV.

The 2016 BMW M2 was a crowd pleaser as it dazzled and left the crowd enamored with its pristine performance. It features turbo technology with a 3-liter 6-cylinder engine that will allow drivers to go from 0 to 60 mph in approximately 4.2 seconds. This exquisitely pristine ride will be speeding into BMW showrooms in the spring of 2016.

The electric X4 M40i had fans charged up with its jaw-dropping and hair raising 355 horsepower and 343 lb.-ft of torque. Much like the engine of the M2, it’s powered by a turbo 6-cylinder engine that will get you from 0 to 60 in 4.7 seconds. Both of these rides will blow by you with just the blink of an eye! The X4 M40i will be heading into dealerships in February, as it leads the charge of BMW’s latest electrical movement.

John Voelcker, editor of GreenCarReports.com stated that of the major German automakers, BMW is leading the pack as the industry is turning towards adopting new engine technology. In fact, BMW plans to offer plug-in versions of all its core models. “Of the three Germans, BMW is the most committed to electrification,” Volcker said.

Cincinnati BMW fans can keep their eyes out for even more new BMW models hitting the streets. That’s because they announced the new BMW X1, the BMW 7 Series, the plug-in hybrid BMW 300e, the all-performing BMW i8, and the all-electric BMW i3. 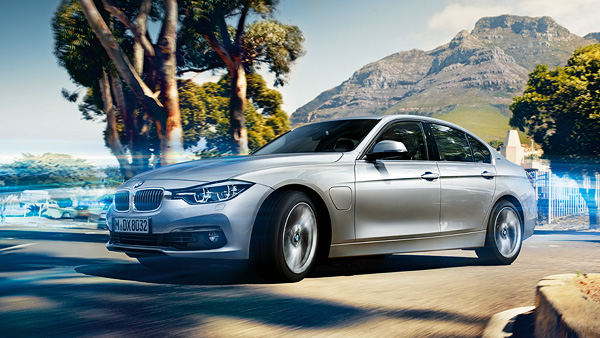 The BMW 330e plug-in hybrid is the first BMW from an already existing model line to get the hybrid treatment. They used technology developed for both the i8 and the i3 to continue to put the BMW stamp on the plug-in hybrid landscape. This vehicle will appeal to drivers who are interested in an eco-friendly drive without sacrificing the performance that they’ve come to know and love from the BMW brand. This is a big step in the 3 Series’ continued evolution and BMW could not be more excited to help the environment while providing an all-performing vehicle. The BMW 300e is expected to make its first appearance in U.S. showrooms in the spring.

We’re very excited about all of the great BMW vehicles that will be coming your way shortly. We’d like to invite you to come on in to BMW of Cincinnati North (Jake Sweeney BMW) to discuss the release dates and specs on these models. If you have any questions or immediate concerns, feel free to give us a call at (888) 789-7783.